Fake News Toilet Paper has been added to your secure shopping cart!

or Go to SECURE CHECKOUT! 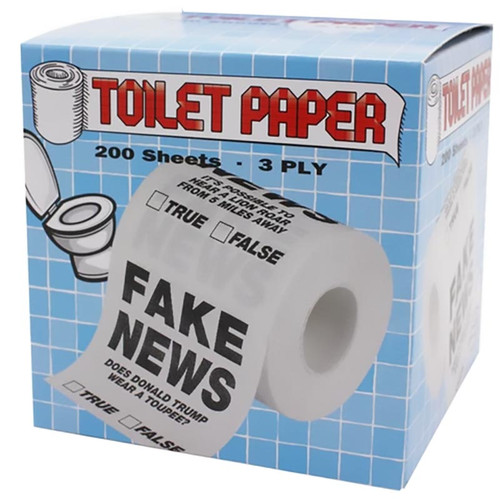 Fake News Toilet Paper is the best... the best gift for anyone who loves Fake News... or loves to hate Fake News! You can't have a better gift, everyone loves it.

Does Trump wear a toupee?

There's fake news everywhere. It's on our televisions, phones and newspapers... and now it can be on Fake News Toilet Paper! Obviously fake news should be called Narrative News and in the past it was called Opinion or Editorial News.

But now your family and friends can read the Fake News Toilet Paper and decide whether it's true or false by checking one of the two boxes. Yes, this could propel your niece's Insta account into another world with all the photos of her answers! LOL!

Great gift for anyone who loves Fake News... or loves to hate Fake News!

Each roll of Fake News Toilet Paper has 200 sheets of 3 ply toilet paper. 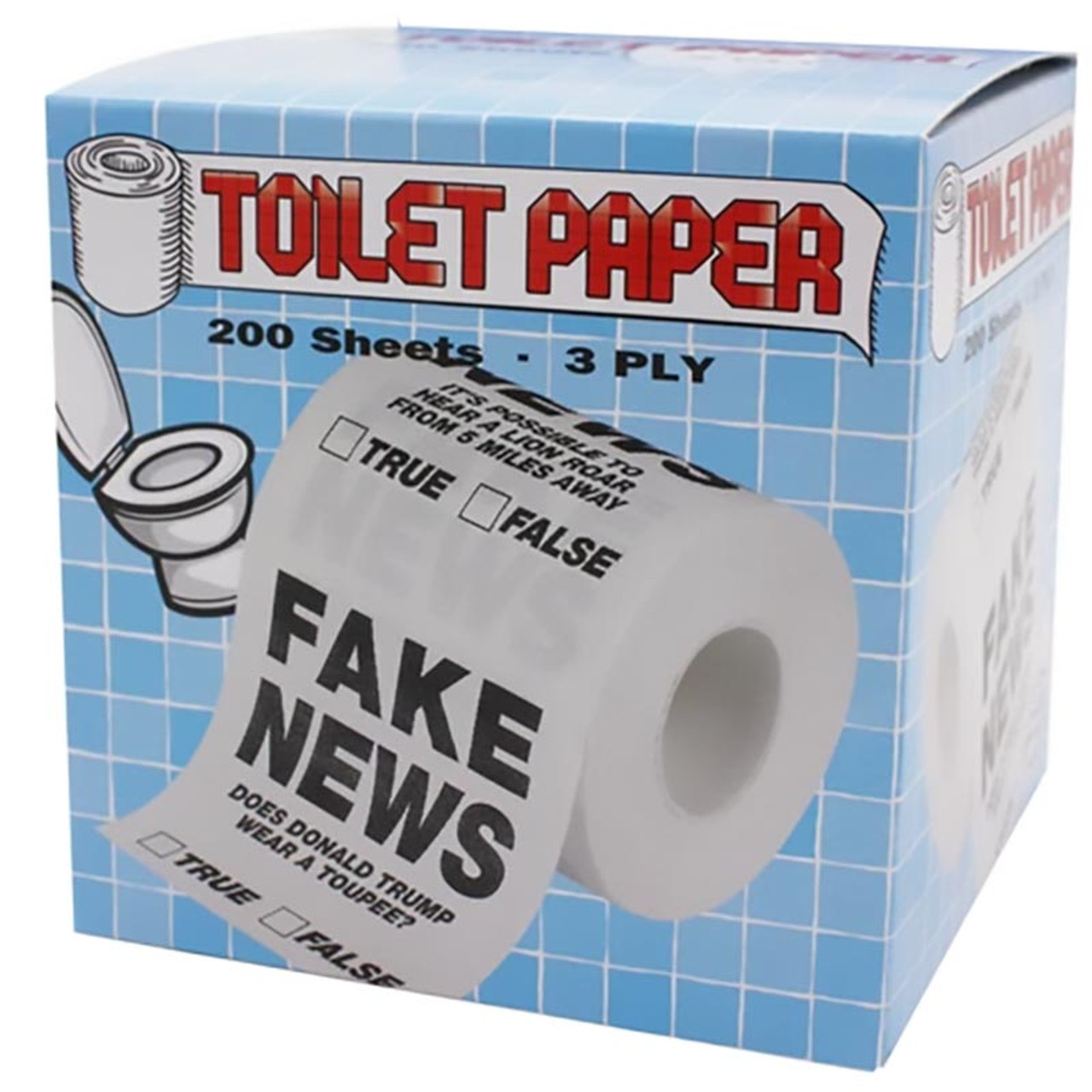