Star Trek Light-and-Sound Tricorder Set has been added to your secure shopping cart!

or Go to SECURE CHECKOUT! 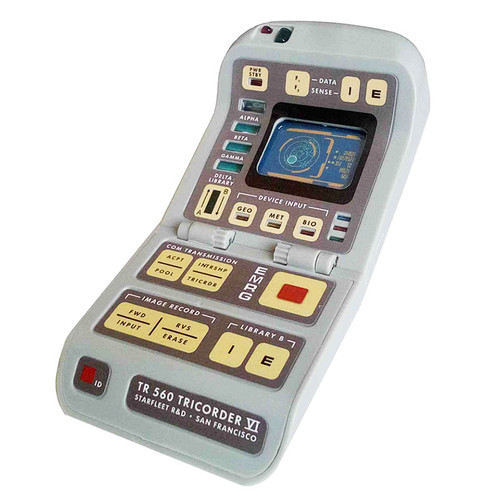 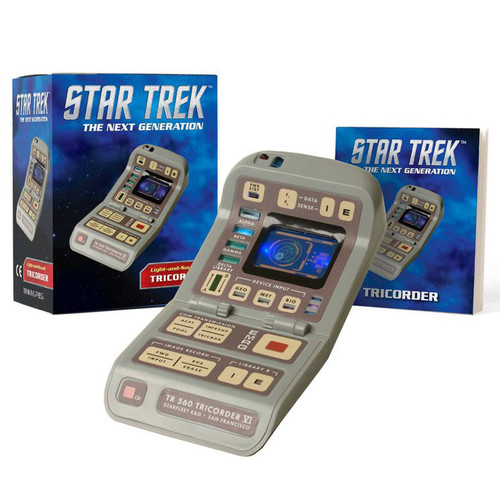 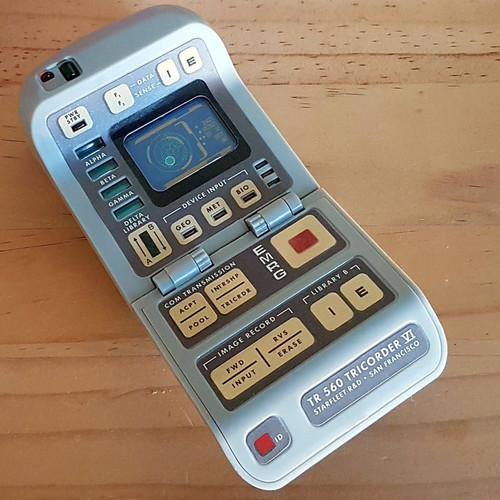 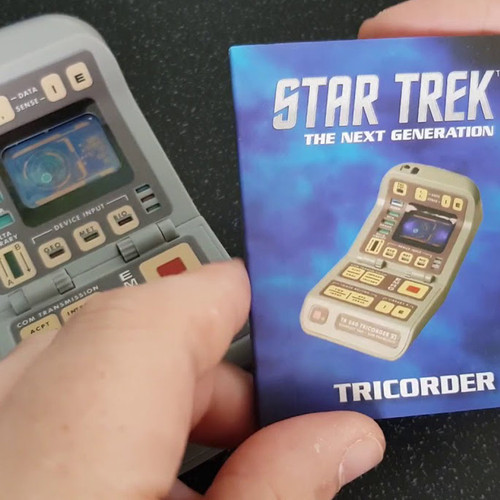 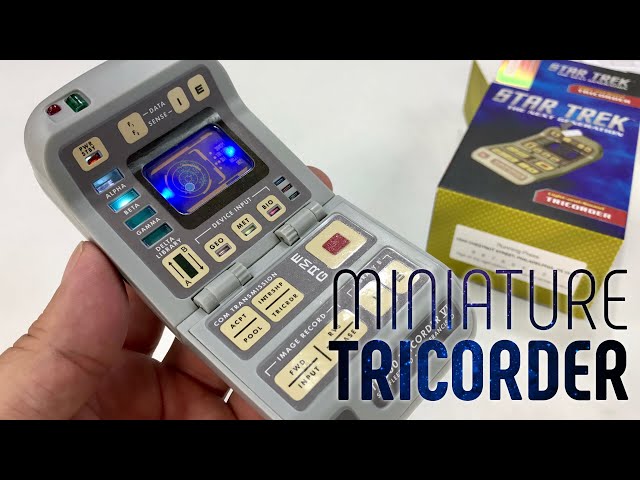 Fans and collectors will love this one-of-a-kind, mini-size collectible tricorder with light and sound.

Introducing our Star Trek Light-and-Sound Tricorder Set! Fans and collectors of the hit sci-fi series Star Trek: The Next Generation with Captain Jean-Luc Picard of the Starship Enterprise, will love this one-of-a-kind, mini-size collectible tricorder with light and sound, and the tiny book full of information included!

If you're not a Trekkie, you may not know that the tricorder is a multi-functional handheld device used for sensor scanning, data analysis, and recording data. It is an ungrade in technology from the original Star Trek series and is featured in Star Trek The Next Generaton (abbreviated as TNG and ST:TNG) for Trekkies.

The mini book includes information regarding your new communicator!

Star Trek became a cult hit almost as soon as it aired in 1966. The adventures of Captain Kirk, Mr. Spock, and Dr. McCoy and the crew of the U.S.S. Enterprise thrilled audiences, and the popularity of the show and the passion of its fans couldn't be denied. When creator Gene Roddenberry developed Star Trek: The Next Generation, a sequel featuring the crew of the U.S.S. Enterprise NCC-1701D, nearly 100 years after Kirk's tenure as captain of the ship, the uniforms, aliens, and technology, all got makeovers. The familiar gadgets known to fans were upgraded and redesigned and many became even more powerful than before.

If you're fan of the TOS (The Original Series) you'll want to check out our Star Trek Light-and-Sound Communicator Set! And if you're looking for an impressive gift for the Trekkie in your life, you've reached the final frontier! 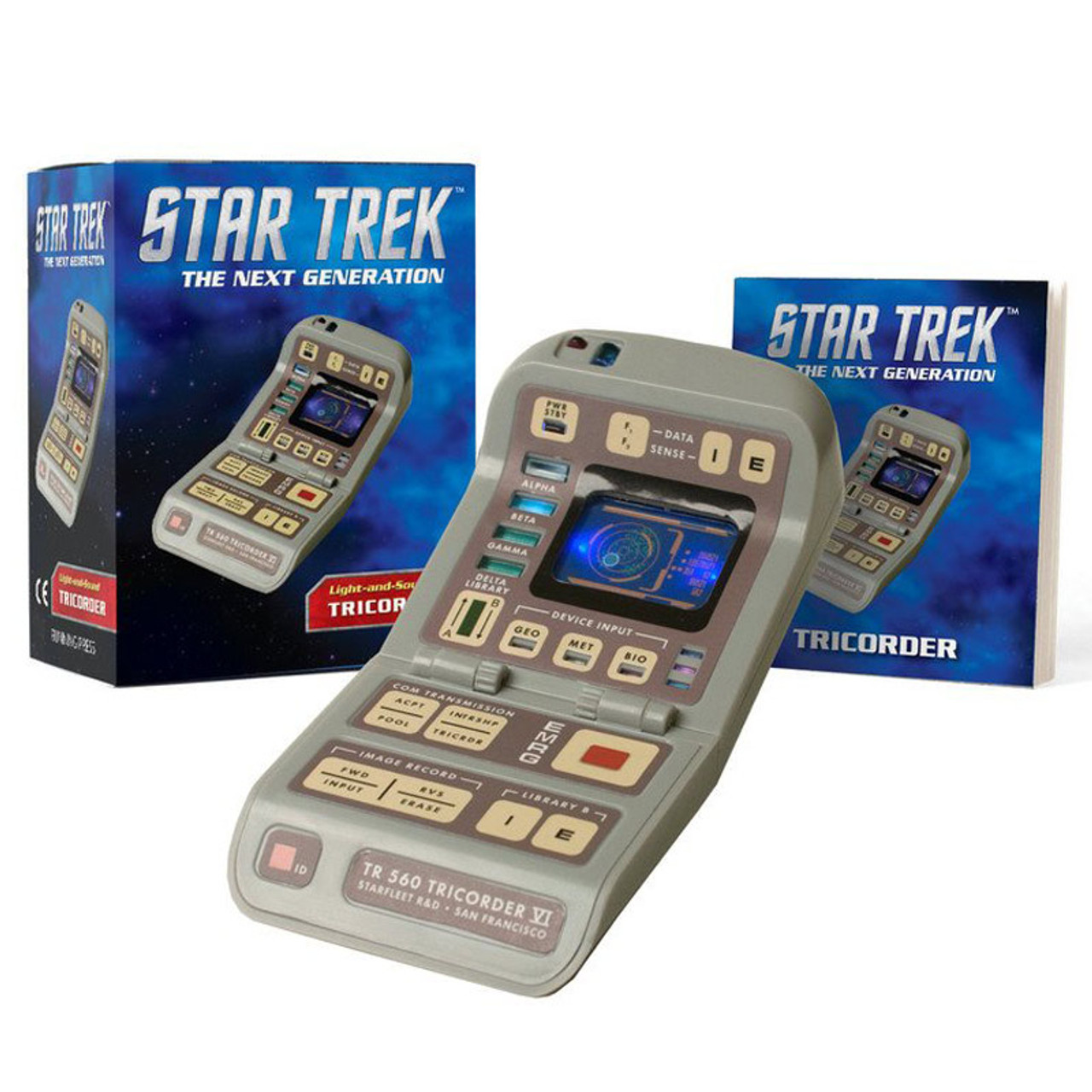 *Free Shipping $49+
Mission: To boldly go where no one has gone before!

Sign Up For The Latest Coupons, Product Launches + Secret Sales